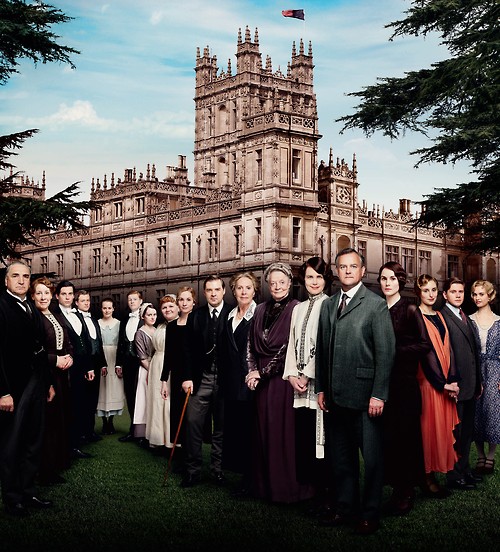 New photos from Downton Abbey’s season 4 were released today and there is no better way to put it, let the conspiracy theories begins.

The group photo, the one that always give things away, is taken around noontime. That wouldn’t have been so important if Oh No They Didn’t hadn’t point out that all of the group shots were taken at different parts of the day.

“Series 1 was in daylight (possibly in the morning), series 2 looked like it was sunset, series 3 was at night time. This looks like it is at high noon.”

Season 1 could have been the dawn of a new romance like our favorite couple Mary and Matthew. Sunset could be when things were just getting dark. As many remember, William and many other soldiers and civilians perished because of WWI and then the Spanish Flu. There was also Matthew, still in love/hate with Mary, moving on with Davinia. For a while there even though Davinia had passed away, Matthew was trying to bury himself with her. The overall darker tone does portray a very well sunset. 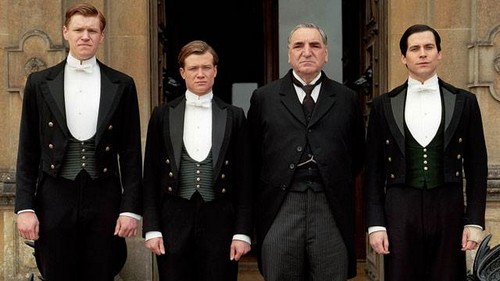 However Season 3’s nighttime should have been clue to all of us. We lost two of the most lovable characters on the show. Lady Edith was left at the alter and both Sybil and Matthew died. The family suffered lost on top of lost but the sun will always come up again. Which leads to Season 4.

The morning shot lead many to believe that our resident widows are in for a new romance. Not so sure about Mary moving on after less than a year, Matthew will be hard to replace, but they gave her a whole set of eligible bachelors. Who will probably view Mary,  wealthy widow, as a prime catch. Why does her wealth matter? Well where were these aristocratic men back when she was penniless debutante. 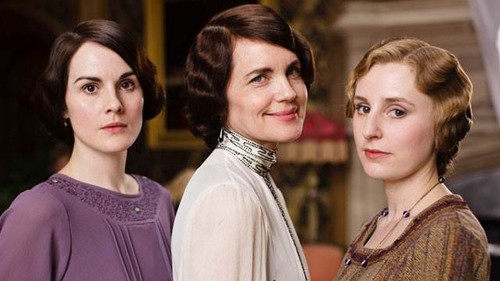 It seems coincidental that they would appear only after she’s in charge of Matthew’s money and the mother of the future Earl. Maybe a certain Jazz player from America will be her true romance this season.