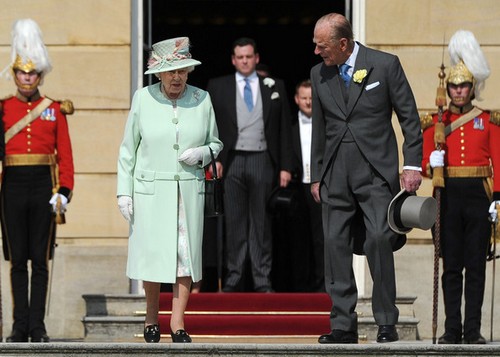 Time may heal a lot of things but apparently finding out that Prince Philip cheated on her 50years after the fact hasn’t lessened the hurt for Queen Elizabeth. A new tell-all book is set to drop that gives details of Philip’s dalliance with Zsa Zsa Gabor back in the 50’s and so he decided to come clean with everything before she read the scandalous details herself. According to the Aug. 19th print edition of Globe magazine those details didn’t sit well at all.

Instead of letting go of the past the queen high tailed it to her vacation home in Scotland, putting major distance between herself and her husband. He had intended to join her there in several weeks after recovering a bit more from his debilitating abdominal surgery, but Elizabeth is totally freezing Philip out. Kate Middleton and Prince George are also supposed to join the queen in Scotland and Philip has been looking forward to the visit because he has yet to meet the new royal heir but if Elizabeth has her way he won’t be meeting him then either. She has all but told Philip that he’s not welcome with her in Scotland leaving him to worry that he will die before he meets George or sees his his wife again.

Do you think that the Queen’s rage will fade away or has this bit of information helped to place a permanent wedge between herself and Philip? It must make her think about her son, Prince Charles’ behavior as he kept Camilla Parker Bowles as his side chick for three decades. The queen could easily feel that he learned it from his father and the whole mess could change the dynamic of Elizabeth’s family! Should she let it go or do you think that this will affect their marriage for the rest of their lives? Tell us your thoughts in the comments below!