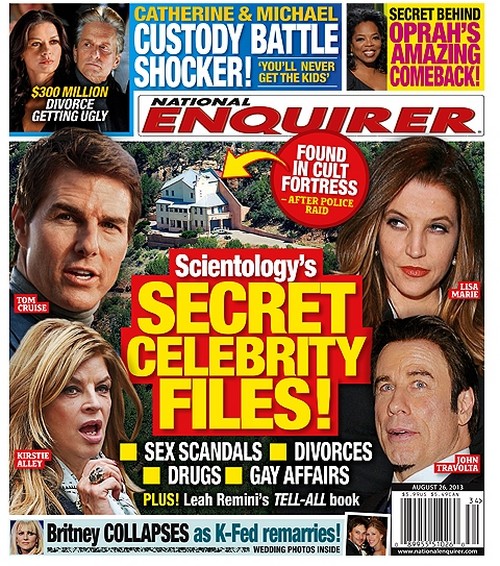 Leah Remini still hasn’t given up her blatant attempts at revenge. Instead of accepting defeat and the egg on her face after her latest failure, Leah is planning something with Lisa Marie Presley. If she really needed backup couldn’t she have someone more relevant?

According to the National Enquirer, Lisa Marie left the church back in May 2012. The  reason this went unheard of was because she didn’t throw an epic fit like her dear friend Leah.  No you see she left graceful. Unlike Leah who instantly began sprouting conspiracy theories and threatening to write an expose on the church.

At first Leah leaving wasn’t too bad but after her Scientology friends started to dump her she started a witch hunt. For instance she filed a missing person report on the church founder’s wife. The cops found and spoke to the woman within 24 hours. Apparently being too lazy to look for a friend is supposed to be the same as having a friend disappear.

Leah needs to stop. Sure the Scientology ( I don’t know I thinks it’s a religion) thing is bit blurry to understand but they have never been linked to a murder or missing case.  Leah thought she could leave without being dumped; she was wrong. Now is the time to get over it.