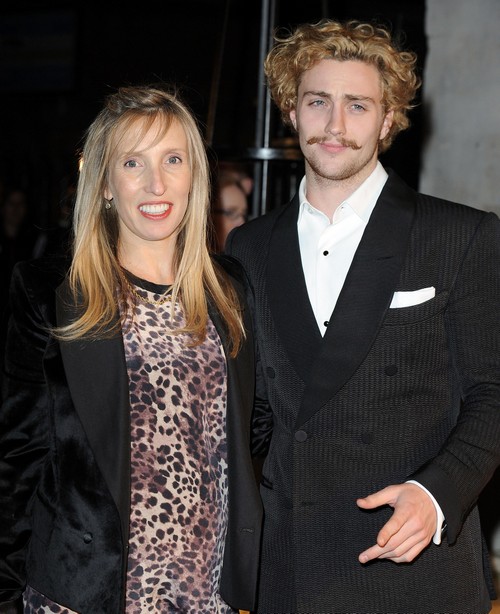 Aaron Taylor-Johnson doesn’t understand why people are so interested in the age difference between him and his wife, Sam Taylor-Johnson. Although the 23 year age difference is definitely eyebrow-raising, I agree that most people wouldn’t give it a second glance if it was an older man and a younger woman – so why should this be any different?

Anyway, while promoting Kick-Ass 2, Aaron is asked about it and replies, “I find it really interesting that so many people think age is a factor. How do people even tell the age of anyone anymore? It’s bizarre. Age to me doesn’t f***ing matter at all. My wife feels younger than I do. Other than being the most wonderful down-to-earth woman, she’s super intelligent, artistic, creative, there are so many things that are attractive about her.”

Yes, it’s a little weird that they met while he was still ostensibly a teenager and she was his boss. But who are we to say anything, right? They seem like they’re genuinely in love, and that’s a lot more than we can say for most young/old couples who marry just for money.

What do you guys think about Aaron’s comments? Let us know your thoughts in the comments.