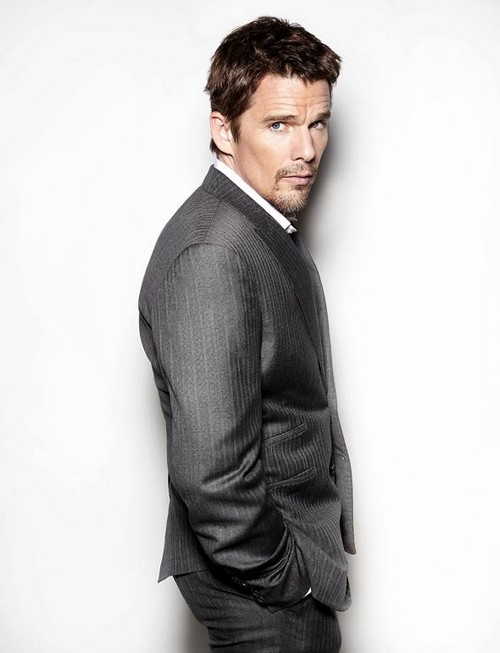 Ethan Hawke has opened up about his failed marriage to Uma Thurman in a new interview with Elle Magazine.

Although Ethan and Uma were wed only for a very short amount of time, Ethan reveals that he very much regrets his decision to wed at such a young age. He explains, “There was this discovery that the male brain isn’t done until 28. I definitely think my frontal lobe was not finished. I had no business taking vows that would last more than two weeks.”

Well, most people consider Derek Jeter to be a bit of an a**hole, so I don’t know if he should be anyone’s role model. I think what Ethan is trying to say is that if you’re going to marry, do it when you’re a bit older and more mature, and you know you have your priorities right. I guess that’s fair.

What do you guys think of Ethan’s comments? Let us know in the comments.