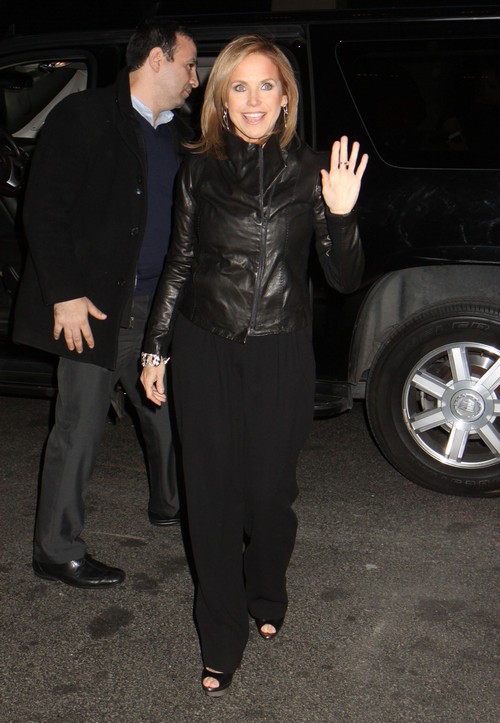 Well, I think we all know who won’t be interviewed by Katie Couric in the future. Katie sparked a mild controversy when she gave an interview and explained that she didn’t understand why the Kardashians were so famous, which caused Kim Kardashian to throw a hissy fit and make a huge fuss.

Kim uploaded an Instagram photo showing a picture of the card that Katie sent her congratulating her on her birth, and underneath the photo was a message calling out Katie for being a hypocrite.

Of course, Katie has now responded to the message via a statement through E! Online, and she says, “I’ve met Kim before and I think she’s a really sweet person. I was responding to a reporter’s question, and explaining how I’m intrigued by the public’s fascination with her family. I didn’t mean to hurt her feelings. The gift is genuine, and I’m happy for Kim and Kanye.”

I have a feeling Kim won’t forgive and forget so easily, but Katie shouldn’t have even felt the need to apologize. Why should she? Kim and her family are not famous for any legitimate reason and people pointing that out shouldn’t be taken as an insult, but rather as a fact.