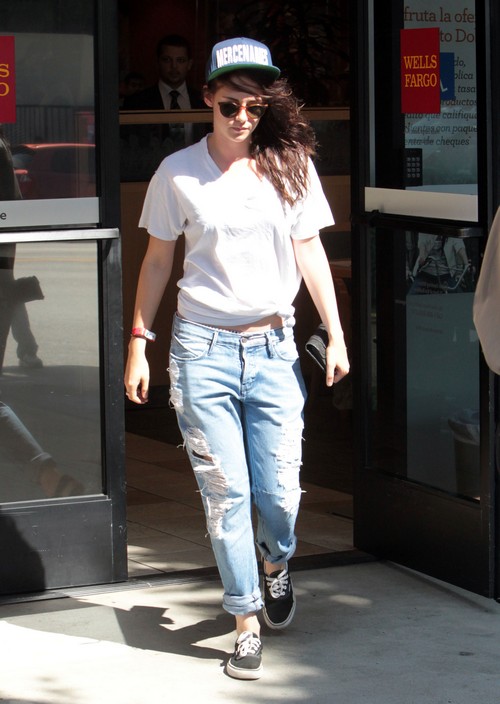 According to the latest report from Hollywood Life, Kristen Stewart is ‘crushed’ that Robert Pattinson has moved out of Los Feliz and to an exclusive new community in Beverly Hills. Because the house is in a gated community, she won’t be able to drop by unannounced, which I’m sure was a huge blow to her.

A supposed friend of Kristen’s told Hollywood Life, “Kristen is crushed that Rob felt it was necessary to move to Beverly Hills. She feels like this was his way of saying, ‘I can’t be bothered with you anymore.’ Los Feliz was their home for years. It has a completely different vibe than Beverly Hills. Rob told Kristen he was moving, but Kristen didn’t really think he would go through with it. Of course, she’s sad. She’s heartbroken. If she could get back together with Rob, she would do it in a heartbeat.”

I feel like almost every report out of Hollywood Life that focuses on Rob and Kristen is just pandering to the Twi-hards and keeping their hopes alive for a Robsten reunion. I don’t know how to break this to them lightly, but it aint gonna happen, folks. Move on.