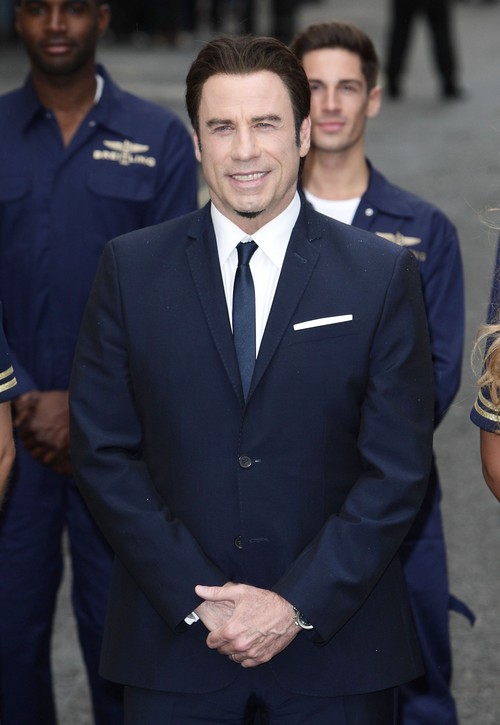 Scientology leaders may seem to want to give the appearance of being unfazed by Leah Remini’s recent departure from the group but they are clearly launching a media attack to try and deflect any damage that her negativity that she may hand to the press. Aside from the typical comments in the press they are enlisting the help of some of their most visible members to help stay the course.

According to the Aug. 26tth print edition of Star magazine, John Travolta is certainly expected to step up and be a good example right now. Not only is that requested of him but the cult’s leaders have actually assigned him a minder named Angie that has been trailing him to various public events. She accompanied John and his daughter, Ella Bleu to Tony Bennett‘s recent birthday party. As John mingled and worked the room Angie stared holes through whomever he was speaking to at any given moment. Needless to say this eye balling made John feel obligated to mention Scientology and how the fabulous organization has changed his life for the better.

I have to admit, I’m really surprised that some of Hollywood’s most powerful players allow themselves to be controlled by anyone let alone bring a minder along with them!  In this instance are they afraid of what John will say if left to his own devices? Is that the real issue at hand?  Perhaps he has made some comments himself that haven’t sat well and it has caused Scientology’s highest leaders to decide he needs a baby sitter to keep him in line. Do you think that could be the case? Tell us in the comments below!