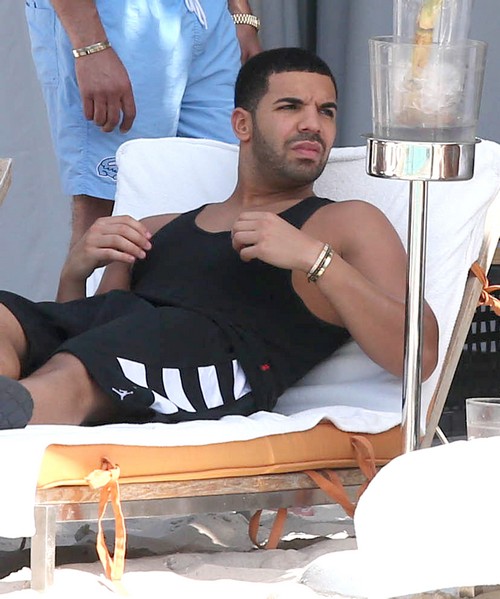 Before Amanda Bynes was locked away in a nut bin she spent months tweeting some seriously crazy stuff at actor-turned-rapper Drake. If you remember, Amanda even had some plastic surgery done to help her better resemble the women that Drake has dated. In other words she was trying to make herself more appealing and she also let it be known that she wanted him to “murder” her vagina. When this batch of crazy failed she began lashing out at Drake, swinging some pretty serious insults his way and still he remained quiet, at least until now.

According to the Aug. 26th print edition of InTouch Drake has finally briefly addressed being the object of both Amanda’s affection and disgust. He said that her behavior was both “weird and disturbing” but he doesn’t hold her really responsible for any of it. Amanda’s psychiatric problems are well documented to be a whole lot bigger than her mouth and Drake isn’t holding any of it against her.As for Amanda, she was transferred to UCLA’s psych ward last week when a bed finally opened up. It’s rumored to be one of the best facilities in the country and after being deemed “gravely disabled” by her reported schizophrenia, the former actress obviously needs to be somewhere good.

Do you think that Amanda will comply with treatment and actually stabilize enough to reclaim her career? Or will she be one of those stars that can pull it together but then  forever struggles to keep themselves together? What fate do you see in Amanda’s future? Tell us your thoughts in the comments below!