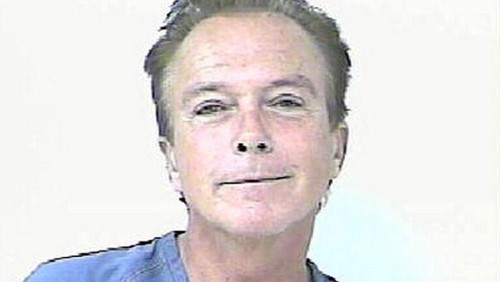 Former Partridge Family lead singer David Cassidy was busted for driving under the influence.  He was arrested in Upstate New York City.  This was not David’s first bust for a DUI.  He was arrested in 2010 for a DUI and driving with an open container.  For that DUI he plead not contest, lost his license for 6-months and was on probation for one year.

TMZ has the scoop on this arrest, “Law enforcement sources tell TMZ, Cassidy was in upstate New York early this AM — outside Albany — when he was pulled over by OFFICER Jones for driving with his high beams when he wasn’t supposed to. We’re told Jones smelled alcohol on Cassidy’s breath and administered a field sobriety test, during which Cassidy performed poorly. The singer/actor blew a .1 and was cuffed and taken to jail.”

David’s stepmom Shirley Jones claims that David has demons he has to deal with.  Unfortunately he won’t find the answer to his demons in the bottom of a bottle.

Because this is not his first rodeo David faces felony drunk driving charges, he was released on $2,500 bail.