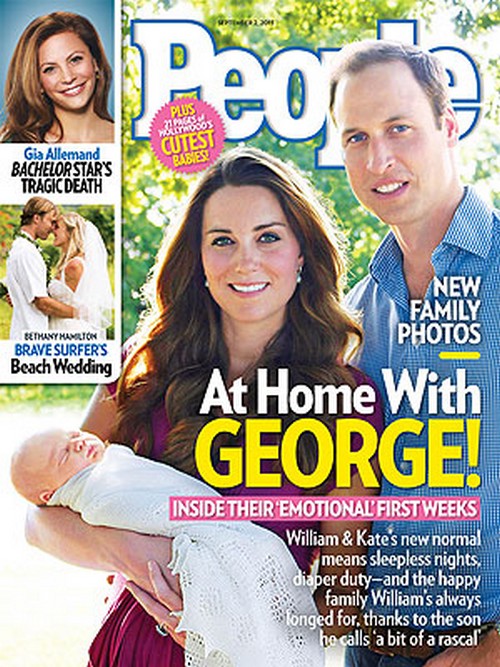 The current issue of People Magazine features the cover story, “New Family Photos – At Home With Prince George.”  This week the magazine claims to have all the details of Kate Middleton and Prince William‘s first week at home with their new son, Prince George Alexander.

The Royal couple initially broke tradition and they declined outside help with their son.  According to People Magazine they are doing, “Everything, including breast-feeding, went so well that they decided not to hire a private maternity nurse.”  But that lasted a few days and then apparently the new parents became overwhelmed they called in backup.

Kate and Prince William called in the midwife who helped with the birth of their son and housekeeper Antonella Fresolone.  The housekeeper will be going to Kensington Palace with them when they move into their new home.

To find out more about William and Kate’s sleepless nights, diaper duty and a whole lot more – pick up the current issue of People Magazine on stands Friday!