Is Ellen DeGeneres Getting A Plastic Surgery Makeover? 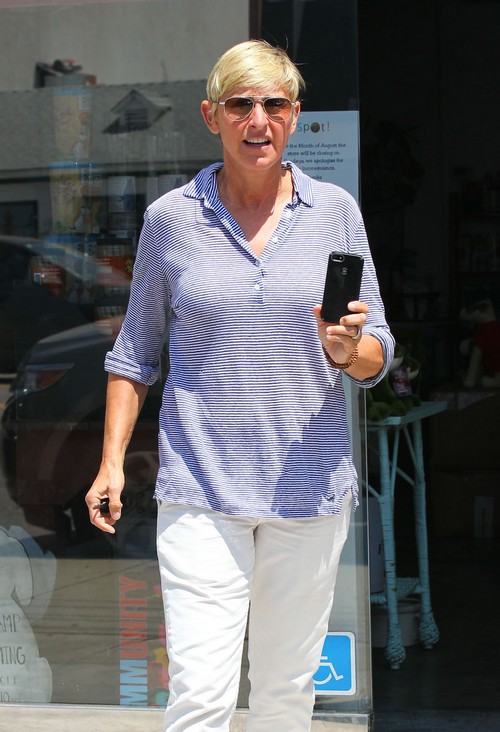 Why is Ellen DeGeneres having plastic surgery? I mean she looks good for age and to be honest she was never one to be all about her looks. Anyway her once lovely wife hasn’t look the same since her nip and tucks so why would Ellen want to do the same? Wait what did you say? This is a malicious lie? Oh I get it this was just an ugly rumor set out to hurt one of the funniest and warmest women out on television.

“The tabloid, which has falsely claimed that DeGeneres and Portia de Rossi were having a baby via surrogate and later wrongly alleged they were “on the rocks,” strikes out yet again with its latest piece, is now reporting that the talk show host “has been busy consulting with experts on the best procedures to erase years” from her appearance.”

Let the record speak for itself. Ellen hosts a daily talk show and it’s highly doubtable she would risk surgery only to go before an audience with a bloated face. If you’re vain to want the surgery then you’re vain to not want anyone to see you at your worst. To do so would be dumb. That’s why Vicki from the Real Housewives of Orange County got flak.

Yeah Ellen is hosting the upcoming Oscars but unless her face is part of the gimmick she won’t be messing with it.