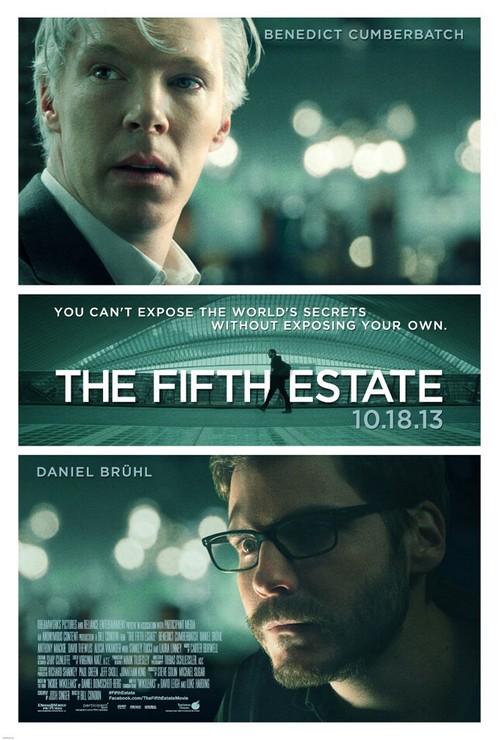 Look Cumberbitches, it’s your idol in new photos from ‘The Fifth Estate’. Benedict Cumberbatch stars as Julian Assange in the political thriller, and very early reviews say that he could be an Oscar contender for his performance in the film.

The newly released photos are as creepy as ever, but that seems to be a combination of the creepy blonde wig on Cumberbatch used to transform him into Assange, and the pallor that’s either set into his skin or is painted on. The tagline for the film reads, “You can’t expose the world’s secrets without exposing your own.”

Well, this film is already bound to attract a TON of attention in the coming months, especially with the Edward Snowden scandal and the Bradley Manning court trial. Add that to the cast consisting of Cumberbatch, Daniel Bruhl, Stanley Tucci, Laura Linney, and Alicia Vikander, and you have an A-list group of actors that will really elevate the material.

Obviously, the star is Benedict Cumberbatch, and after 2013, he’s set to become a household name. Just this year, he was already seen in Star Trek Into Darkness, and will next be seen in The Fifth Estate, August: Osage County, and then ‘The Hobbit: Desolation of Smaug’.