CONFIRMED: Ben Affleck is Batman In “Man of Steel” Sequel 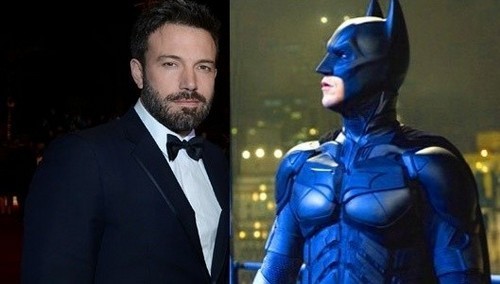 Everyone has been speculating since Comic Con who would be playing Batman in the Warner Brothers “Man Of Steel” sequel.  Finally today it has been confirmed that Ben Affleck has been awarded the part.  He will be starring along side Henry Cavill who plays Superman.

This is the first time that Superman and Batman will be seen on the screen together.  The movie is set to be directed by Zack Snyder again.

WB already released a statement saying, “We knew we needed an extraordinary actor to take on one of DC Comics’ most enduringly popular Super Heroes, and Ben Affleck certainly fits that bill, and then some. His outstanding career is a testament to his talent and we know he and Zack will bring new dimension to the duality of this character.”

This is not the first time that Ben has played a superhero he played Daredevil in 2003.  The movie is set to hit theaters worldwide July 17, 2015.

What do you think of the casting of Ben as Superman?  Do you think he will do the part justice?  Hit the comments and let us know your thoughts.