Lindsay Lohan Hanging Out Again With Vikram Chatwal: How Long Before She Falls Off The Wagon? 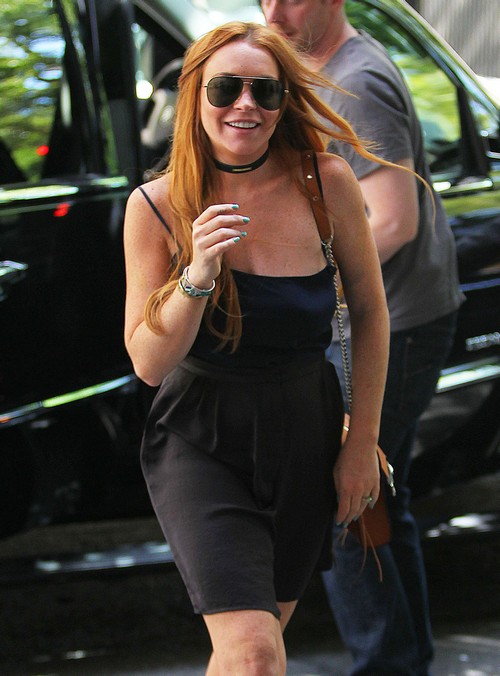 Lindsay Lohan claims to be getting better and some would say she appears to be clean but then she does something stupid like meeting up with Vikram Chatwal. Vikram was arrested back in April for cocaine possession, he is not such a good influence. Then to make the situation get really weird; Lindsay’s dad Michael says he approves of Vikram. If anyone needed confirmation she shouldn’t be around this guy that would be it.

Michael had earlier condemned Vikram for his drug usage: “When Vikram was arrested Lindsay’s father Michael Lohan told RadarOnline.com that “he had it coming” and that he didn’t want his daughter hanging out with that “sick person,” but now he’s changed his tune.”

Why the sudden change of heart? Could it have anything to do with Vikram once being known as Lindsay’s sugar daddy? So he can help her out a financial mess such as freeloading parents but at what cost. Vikram has completed a mandatory rehab stint but he’s just as much a recovering addict as Lindsay is. And I’m sorry, but that doesn’t sound smart. If one of them fell off the wagon they have the potential of bringing the other one down as well.

Vickram could be clean but right now but he has too much baggage. Lindsay has already cut off a lot of her old friends and for now it would best if Vikram was to join that group.