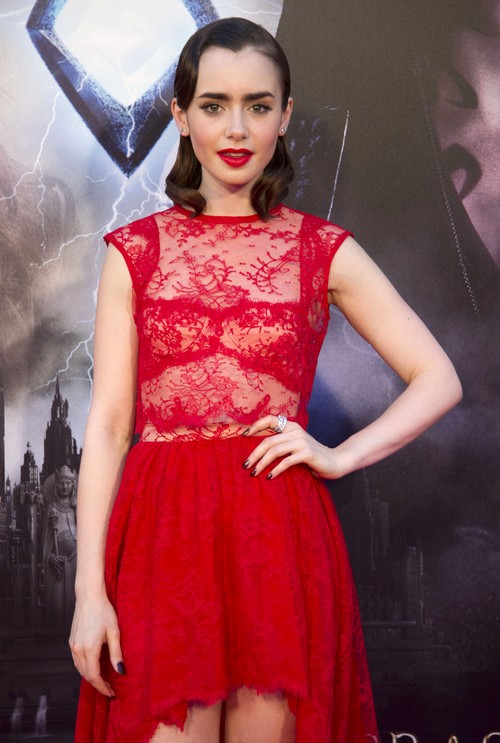 I think it’s nice that Lily Collins aims to be on the same level as Natalie Portman and Meryl Streep, but she still has a long way to go before she displays that kind of talent.

Lily was recently promoting The Mortal Instruments: City of Bones and when giving an interview, she spoke about the lines between acting and fame, and how much she dislikes Twitter. She explained, “There was a moment when I realized that if people start to know me well as Lily interviewing and as my personality, they won’t believe me as a character as much. If they know me so well as being happy and this personality or whatever, then I can’t play that gritty girl who is a loner.”

She added, “When I watch a movie with someone like Natalie Portman or Meryl Streep, or the women that I admire like Sandra (Bullock), Julia (Roberts), any of them, I don’t see them playing a character. I see a character. I can only hope that one day I’m half as amazing as they are, but at least I want that same experience of watching someone play a character and not thinking about them as the person.”

Valid explanation. But if she really meant that, she would also have to never call the paparazzi again or engage in showmances [cough, Jamie Campbell Bower relationship, cough]. If she can stick to her words, then I’ll believe her.

Lily Collins Opens Up About Jamie Campbell Bower Relationship, Are They Still…