Robert Pattinson Lonely Without Kristen Stewart, Being Comforted By His Dogs? 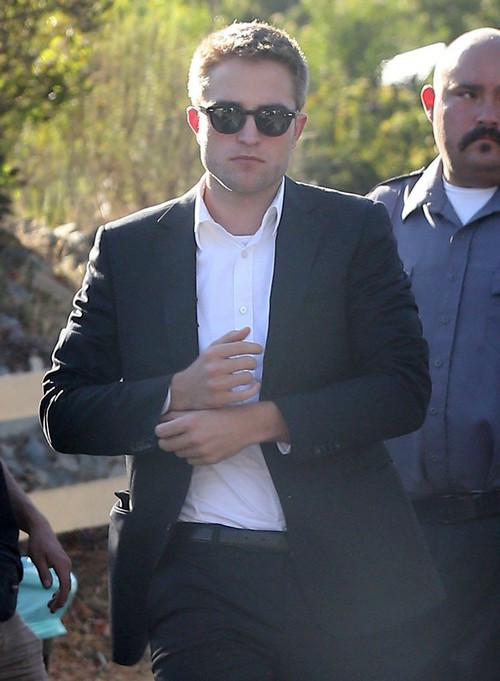 The latest update in the Robert Pattinson and Kristen Stewart saga tells you what you already know. That Rob is sad and missing Kristen, bla bla.

He did mention in a recent interview that he was feeling ‘lonely’, explaining, “People don’t notice how lonely you are. In any case, I feel fortunate because I didn’t achieve success too young and I was at least able to have a life before.” Well, I think he was more discussing the effects of massive success in Hollywood, but I think it applies to his relationship with Kristen as well. If they were just a normal couple out of the spotlight, they probably would have a lot easier time dealing with their issues instead of having them spread out for the world to see.

A source also adds that Rob is being comforted by his dogs during this difficult time, explaining, “Rob’s looking forward to working on his music and just spending some down time with his close friends and Bear and Bernie. It sounds funny, but he is so close to those dogs. He’s been getting so much love and comfort from them during this tough transition without Kristen.”

What do you guys think of Rob still feeling depressed after all this time? Should he just snap out of it, or does he deserve to have some time? Let us know your thoughts in the comments.