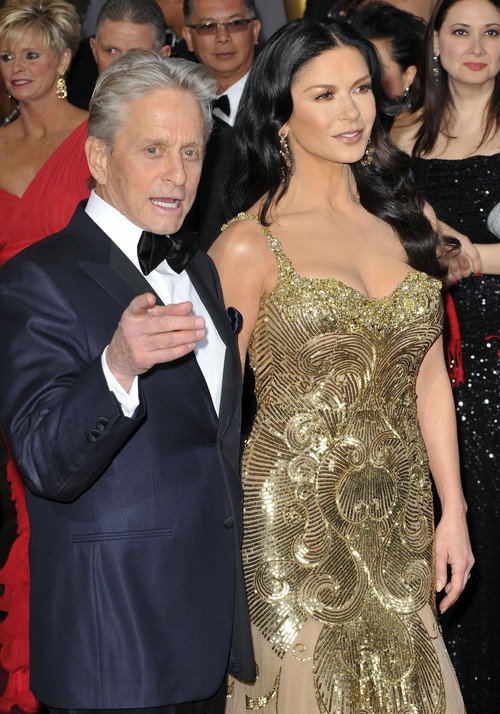 It looks like money and property isn’t going to be what Michael Douglas and Catherine Zeta Jones battle the hardest over in divorce court. Instead it is pretty obviously going to be custody of their two children. The couple first tested out a trial separation last year and it’s an arrangement that seems to work better for then than staying together. According to the Sept. 2nd print edition of Star magazine Michael has no intention of walking away without battling for custody of the children.

A taste of things to come first appeared last week when Michael was seen boarding a plane with the kids headed for Germany. Catherine was said to have absolutely freaked out but she had to let them leave the country with their father for a last minute vacation. Michael maintains that he has no intention of walking away from the kids and if he decides that he wants to take them somewhere then Catherine should be grateful that their father is involved.Catherine insists that Michael works way to much to be able to care for the kids properly and Michael insists that the former love of his life is way too bonkers to be a solid parent full time. Whomever is right and wrong is pretty irrelevant at this point, the bottom line is that it’s going to get really ugly for everyone involved before this settle down and life can return to something resembling normal. Who do you think should end up with primary custody of the kids or should joint custody be awarded?  Do you think that this divorce is going to get super messy? Tell us your thoughts in the comments below!

Michael Douglas and Catherine Zeta-Jones’ Marriage Is Over

28 Comments
Leave A Reply
Cancel Reply
For All The Alaskan Bush People News!