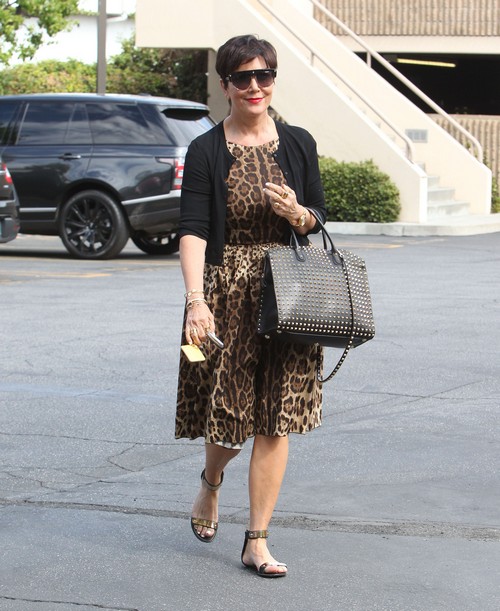 Lamar Odom and Khloe Kardashian’s marriage is literally falling apart according to many news sources.  For proud  matriarch Kris Jenner this only means she needs to protect the family brand from the downfall. Cold, right? Still what more can we expect from the woman that built so much off a sex tape.

“Kris worked so hard to make her talk show a success during its trial run. She was riding high off of all the publicity from her interview with Kanye and the big reveal of granddaughter, North. Then it all went kaput.”

Hell I would be mad too. Here was a professional basketball player that joined the family. Kris probably though he would simply up the family’s profile. Look how that turned out. He lost several jobs and now he’s addicted to what some are saying is crack cocaine or OxyContin and Ambien. It doesn’t even matter at this point what’s his drug of choice is. What matters is that Kris believed he’d be a good investment and he turned out to be another flop like Kris Humphries.

She probably wishes they would quietly divorce. Lamar has been refusing to get help for his problem and Khloe won’t take him back unless he’s clean. There’s already reports about Lamar threatening a divorce if Khloe won’t let him back in the house. Kris can get what she wants but she’s going have to wait out the standoff like the rest of us.