Liam Hemsworth And Miley Cyrus In Trouble After Liam Is No-Show At VMAs? 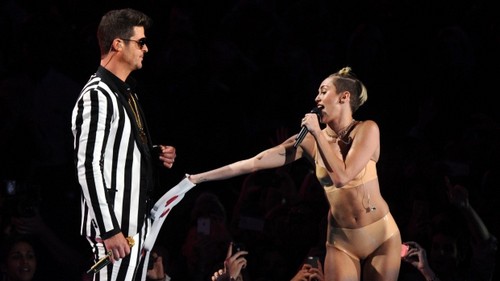 Although it was rumored that Liam Hemsworth would be making an appearance at the VMA Awards this weekend, he wasn’t spotted by anyone – so either he actually wasn’t there, or he pulled some ninja moves to stay hidden the whole time. And we’re going with the no-show.

Sources have already tried to play down the whole thing as if it’s no big deal, explaining, “Liam does love her. It’s hard to tell if he’s madly in love with her because he’s not the type of guy that does the big romantic stuff, but he is there for her when she needs him, so that says a lot.”

Well, we haven’t really seen proof of that, have we? In fact, Miley Cyrus supported him during the premiere of his new movie ‘Paranoia’, but he couldn’t support her during the VMAs? Kind of twisted, isn’t it? It’s even worse when you think about all the rumors that keep saying that he’s just looking for an excuse to run away, and she responds by clinging more and more. At this point, I just want him to leave and put her out of her misery, and then she’ll finally be able to move on.