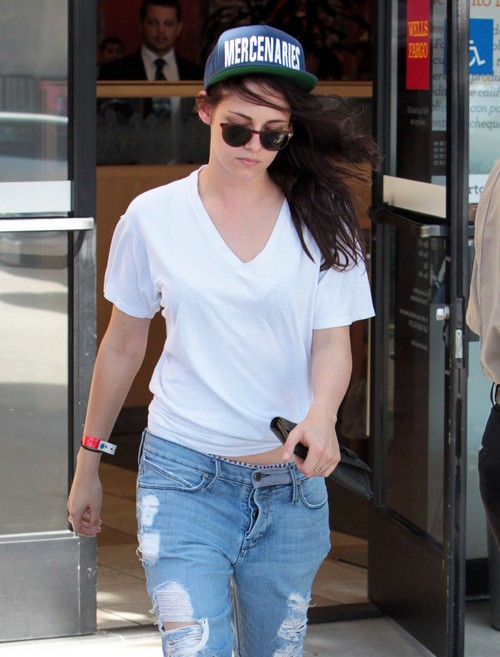 Is Kristen Stewart already living with her Camp X-Ray co-star and rumored boyfriend, Lane Garrison? According to several new reports, Kristen’s relationship with Lane was going so well that they decided to bite the proverbial bullet and move in.

A source claims, “Kristen was enjoying Lane’s company, and he was spending a lot of time with her at her home. He doesn’t live in LA so he moved out of his hotel when they became close and moved into the guest wing of her house in Los Feliz.” However, the source also adds, “Kristen’s big brother, Cameron, has told her he’s concerned about the new relationship, especially since [Lane Garrison’s] recent arrest after his jail term … But Kristen is trying to pull her life together and she’s been leaning on Lane since they started filming together. She understands his past but trusts that he’s changed and is really enjoying getting to know him.”

If this is true, that means all those rumors of Kristen getting back together with Robert Pattinson aren’t true. However, I don’t have a hard time believing that Kristen’s supposed relationship with Lane might be moving fast – she has a history of dating co-stars and co-workers, and we saw how quickly her relationship with Rob progressed once they started dating.