Lamar Odom Moves Back In With Khloe Kardashian 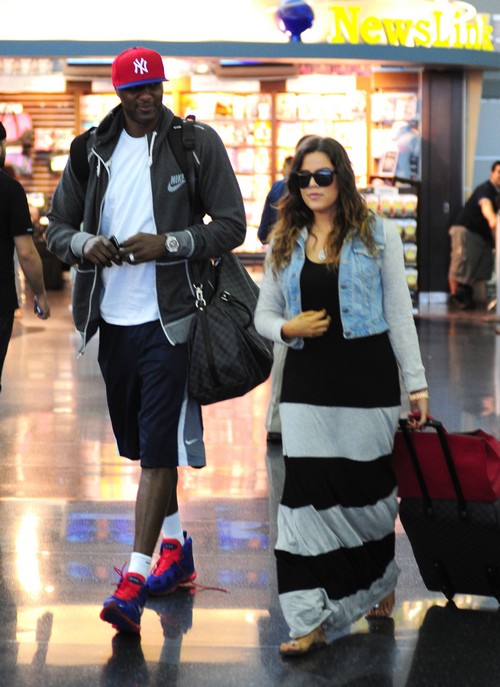 I honestly can’t keep track of what’s going on with Lamar Odom and Khloe Kardashian anymore, not when we’re constantly getting conflicting updates on their relationship status. The last thing we had heard was that they were about to get divorced after Lamar refused an intervention, but now there are reports that the duo have moved back in together.

Apparently, Khloe kicked Lamar out of the house a couple of days ago, but according to a new report, he gave her an ultimatum: to let him back in the house, or get served with divorce papers.

A source explained, “Lamar is back at home with Khloe as of yesterday [Aug. 26].  Khloe slept at her mom’s last night, but returned to her house this afternoon. Rob [Kardashian] was also at Khloe and Lamar’s house earlier today and left in the late afternoon.”

According to the source, Khloe’s disappointed in him, but she’ll support him no matter what, with the source also adding, “I don’t know that many women with the strength to go through all this and in public. She’s true to him and he knows that deep down.”

What do you guys think? Are Lamar and Khloe actually back together? Let us know your thoughts in the comments.