Daniel Radcliffe Returns To Booze And Drugs, Spiraling Out Of Control? 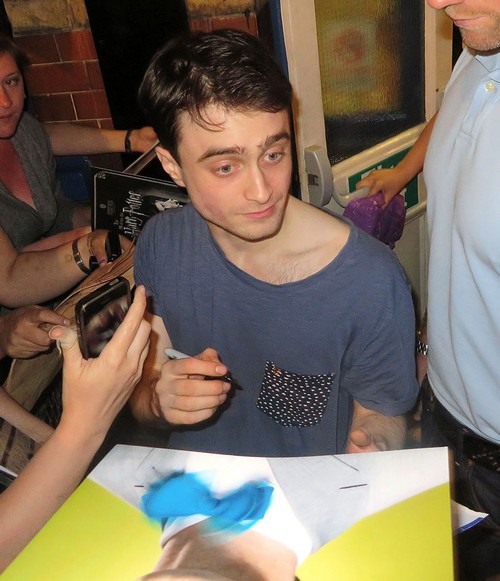 According to the latest report from the National Enquirer, Daniel Radcliffe has returned to his alcohol habit, and his drug and booze binges are slowly ‘spiraling out of control’.

A ‘source’ claims, “[Daniel] leads a secret party-hearty lifestyle that’s taking a toll on his health. Daniel looks like death warmed over. It’s nothing for him to knock back vodka shots, tequila shots and whiskey sours. There’s real fear among his friends that he’s turning from booze to drugs.”

The report also claims to have consulted medical professionals, who all profess to state that Daniel looks ‘shockingly haggard’. Well, if you look at the poor kid’s IMDB page, where he has three films in various stages of production, three films in development, and several theater projects in the works, you’d understand why he looks so ‘haggard’. He hasn’t gotten any rest! If he really had relapsed, it would have showed in his work, and it hasn’t, so I’m taking this with a grain of salt.

Besides, I feel like Daniel has a strong enough support system that if he were to relapse, his friends and families would make him seek treatment.

What do you guys think? Hit the comments and let us know your thoughts.

22 Comments
Leave A Reply
Cancel Reply
For All The Alaskan Bush People News!