Lamar Odom Arrested For DUI – Under The Influence Of Drugs & Alcohol 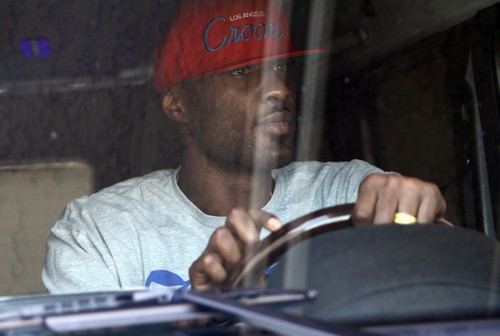 Lamar Odom has finally been found, but it appears he was never missing in the first place. Lamar was actually with Khloe Kardashian the whole time people say he was missing says a source to E! News.  They also claim that the two have not even talked to a divorce attorney yet either.

This morning Lamar made a very public appearance when he was taken into custody for a DUI.  Police suspect he was under the influence of drugs and alcohol at the time.  Guess that rehab is failing…

TMZ has the scoop on the story, “The bust occurred in the San Fernando Valley at 3:54 AM.  Lamar — who was driving a white Mercedes SUV — was popped by the California Highway Patrol and taken to a nearby station, where he was booked and is being held on $15,000 bail.”

Without a doubt the bail won’t be hard for Lamar to pay.  But, Lamar has to wake up and realize the consequences of what he’s is doing.  Should he be let back to play basketball after this? I don’t think someone who gets a DUI is ideal for a team; it might lose his chance of playing this whole season.

Maybe Lamar started driving recklessly after hearing Eminem’s new song “Berzerk” where Eminem basically tells Lamar that he chose the ugliest Kardashian and how Lamar has some incredibly low standards.

Who knows, could this be the final straw for the ugliest Kardashian? Khloe has been all game in helping Lamar with his recovery but now he gets a DUI early in the morning, maybe that rumor of meeting a divorce attorney might become a reality.

There’s only so much she can take from Lamar and it doesn’t seem like he’s willing to get any help. You can’t help those who don’t even try to help themselves; Khloe is going to give up on him soon.

For more details on Lamar’s arrest and what went down, [CLICK HERE]