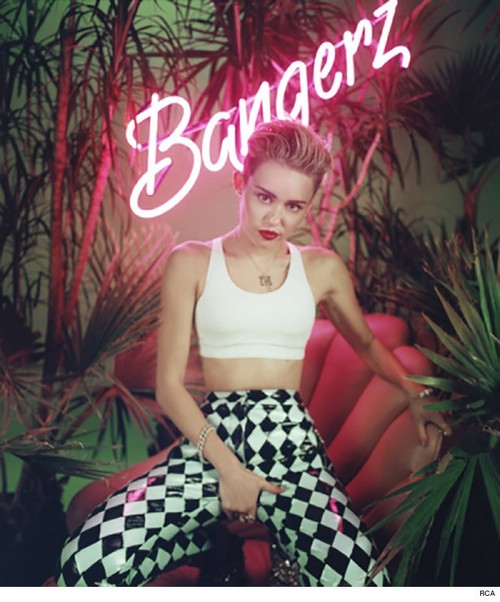 Miley Cyrus has been extremely aggressive in her quest for the entire world to think of her as sexy, but everybody’s now just sick of her, period. She went for an extremely aggressive and over the top performance during Sunday’s VMA awards, and it sparked an entire Internet debate that lasted for a couple of days.

I don’t know if she thinks it didn’t work or is still trying to stir up controversy because new promotional photos for Bangerz have gone up, and they show her boobs, butt, and her grabbing her crotch. Again, it’s not like these images are anything new – she’s done it all before – but the fact that they come so soon after her VMA performance. Like, we get it! Seriously, we don’t need to have it banged against our heads.

At this point, I feel like one of two things is happening. Either she’s messing with everyone and is secretly taping a documentary, a la Joaquin Phoenix, or she’s just trying to promote her album by any means possible. I just don’t think she needs to go this all out to get her songs sold.

What do you guys think? Hit the comments and let us know your thoughts.