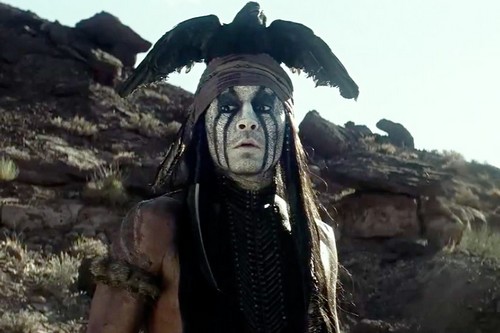 Did Johnny Depp’s ego get affected by the massive failure of the Lone Ranger? That’s what the latest tabloid reports are making it seem like, and frankly, they’re completely believable.

Before the Lone Ranger, Johnny may have had some missteps, but nothing this huge. He was the one who pushed the project forward when others were having doubts, and he’s the reason the studio greenlit a massive $200+ million budget on the movie. So what does he do when the movie flops?

According to the latest report from Star Magazine, he mopes and uses his girlfriend, Amber Heard. A source tells Star, “He’s been relying on Amber to maintain his fragile ego, but she isn’t sure how much more she can take. She’s been locked away in his apartment, looking after his kids, but his smothering behavior is driving her crazy.”

Amber’s career hasn’t been doing too well either off the failure of Paranoia, but there was nowhere near the same level of risk associated with that project. Of course, nobody actually expects Amber and Johnny to last, so the only question is – what will eventually break them up? Will it be this, or will it be something else?