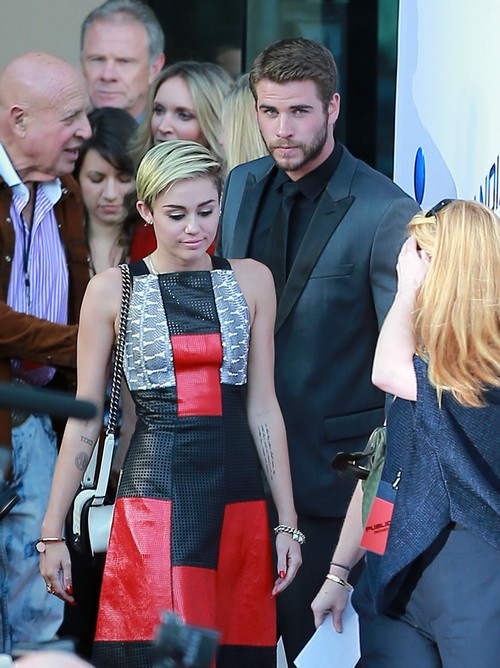 When Liam Hemsworth first started dating Miley Cyrus, she was still a fresh faced Disney star and better known than him. While she’s still better known than him, he has since gained a fan base and a foothold in Hollywood thanks to the phenomenal success of The Hunger Games.

Apparently, all this success has started causing him to question his relationship with Miley, especially with the way she’s been acting lately. A source tells Radar Online, “Liam really does care about Miley, but her racy new look and sort of g***** attitude isn’t exactly what he signed up for. Her VMA performance absolutely mortified him and he couldn’t be more embarrassed. He doesn’t really see anything sexy about what she did on stage.”

The source also adds, “Liam is a serious actor with a growing career, while Miley has just turned into a joke. It’s pretty much over. He knows he can’t stay with her when this is who she’s become,” the source concluded. He doesn’t want to babysit her anymore. He has to move on.”

Please. This is just an excuse. Liam and Miley were over at the beginning of this year, and whatever we’re still seeing from them is fumes of a relationship.