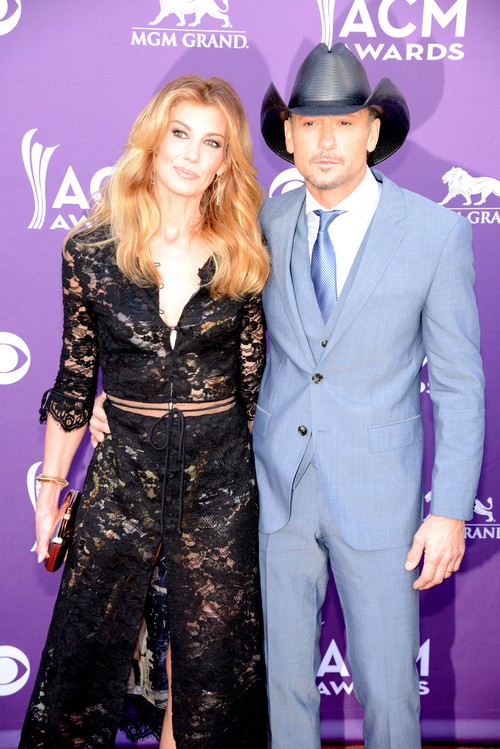 It seems to be the week for Hollywood marriages to come crashing down, doesn’t it? Not short term ones either but couples that have been together for an eternity by Tinseltown’s standards! It looks like Faith Hill and Tim McGraw have put on a really good show over the years but the truth is they have had a slew of problems. At one point Tim drank so heavily that Faith kicked him out and he was living alone while she kept the kids with her at their ranch in Nashville. Tim eventually sobered up and seemed to prove that he was devoted to Faith and his family.

According to the Sept. 9th print edition of Life & Style magazine Faith knows that her man is sober but that doesn’t mean that he’s loyal! He teamed up for a duet with Taylor Swift that seemed innocent enough- until you actually put the two together. Then it was chemistry galore that can’t be ignored. It’s so palpable that Faith absolutely believes that Tim and Taylor have hooked up at least once. Infidelity rumors have swirled around the couple in the past and maybe where there was smoke, Faith also found fire.At any rate, she doesn’t want Tim to be close to Taylor even though he swears they are just friends. It’s a catch 22 really. If he’s innocent then it’s not right for her to try and control him, but maybe she has learned to listen to her gut when it comes to other women! Do you think that Tim and Taylor have had a fling or is all that chemistry good for their live performances together? Tell us your thoughts in the comments below!