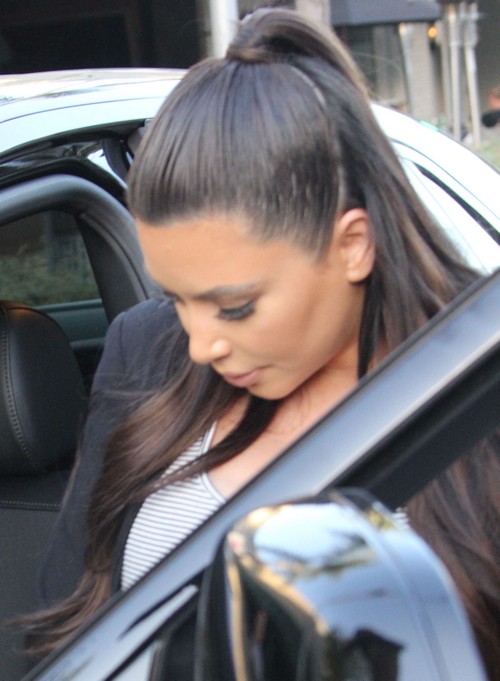 Kim Kardashian wants to do Playboy and no this is not a joke. On her show “Keeping Up With the Kardashians”, the formerly pregnant Kim announced “As soon as I pop this thing out, I want to do Playboy or some nude shoot.” That may come as a shock for some of you as RadarOnline pointed out Kim has flip flopped on the idea of nude shoots.

Kim who previously did Playboy way back claimed afterwards her mom, Kris Jenner, had pushed her to do nude for publicity. That’s right she went there. Fake regret and all. “I’m sorry I did Playboy.  I was uncomfortable,” Kim confided to  Harper’s Bazaar in a 2010 interview. Fast forward and Kim is all for Playboy. This is suspicious and we all know why Kim really wants to show her body now.

Throughout her pregnancy Kim was constantly harassed for putting on “too much weight”. People found a reason to criticize her and it was like the Salem Witch Trials Part II the way people talked about her pregnancy. So I can understand why the moment she gets her body back she’ll want to throw in the haters’ faces. I just never heard of revenge best served Playboy. Oh now I get it the cold will do marvelous for a playboy shoot.