Kim Zolciak Panicking At the Thought of Six Kids 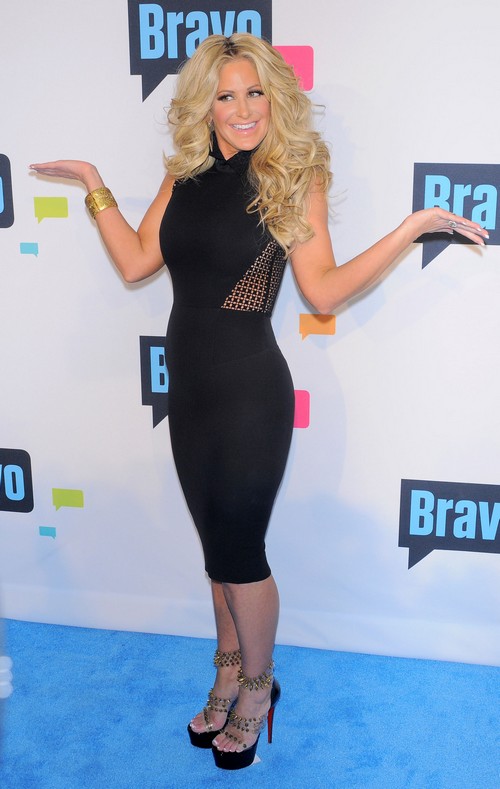 I can’t even imagine being Kim Zolciak at this moment in time. The Real Housewive’s of Atlanta star is mom to two teen daughters and then she has two toddler sons with Kroy Biermann. A few months ago Kim announced that she is pregnant yet again and she recently learned that they are expecting twins over the holidays. Do the math and you’ll realize that Kim is going to have 4 kids under the age of 3 and Kroy is headed into another season with the Atlanta Falcons which means he will be traveling.

According to the Sept. 9th print edition of Life & Style Kim is a wreck at the thought of handling 6 kids alone. Her older daughters love babies and reportedly love to help, but they need to have a life too. Kim is also really worried about the toll that this is going to take on her marriage. Having four little kids to juggle is going to make it really hard for her to have time for anything else and so time with her husband is going to be tough to find.At one point Kim joked about being a baby machine. Do you think she’s wishing she thought things out just a little bit better now after the fact? How is she going to handle the overwhelming stress that comes from dealing with a large family as a single parent for part of the year? Let’s face it, that’s pretty much what Kim is during football season and until now she has been okay with that. What is she going to do now? Tell us your thoughts in the comments below!