LeAnn Rimes Asked Brandi Glanville To Appear On Her Reality Show: Brandi Laughed In Her Face 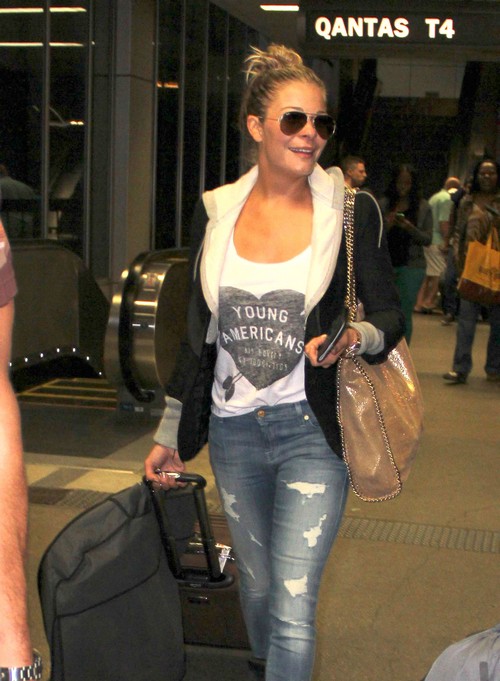 Maybe its me but how is inviting her husband’s acrimonious ex-wife on to your reality show a good idea? Well that’s just what LeAnn Rimes tried to do. She went to Brandi Glanville, the woman who she stole her husband from, and asked her to be on their show. Does she pick and choose the facts she wishes to remember. Mind you if the women had gotten along it wouldn’t be great TV but the fact that they hate each other should be enough for LeAnn to realize Brandi will never do her a favor.

There seems to be a lot of desperation coming of people in the limelight recently. There was Miley’s stripper performance and now there’s LeAnn false olive branch. For those who don’t remember, yes her last CD which was applauded by critics did in all honesty tank financially. Fans are more forgiving to men who cheat but not to the female counterparts. It goes back to the whole Virgin or Slut debate.But with Brandi blatantly describing LeAnn as a slut you’d think the singer would have acted wiser. No wonder Brandi took to twitter to make fun of the offer.

“I am laughing sooooooo hard at the offer that just came into my agent @alecshankman for me! NOT GONNA DO IT!!!! OMG OMG. Nothing to do with me naked, just a certain soon to be new reality slash scripted series…”

Go ahead a laugh my favorite scorned wife. You have the woman that went to rehab for twitter addiction helping your ex raise your sons. Get her when and while you can.

Although to be fair, the writers over at Calvin Blanco have a point. For the right amount of money she could take a guest appearance at least. It’s not as if she doesn’t insult LeAnn over social media. What’s wrong with delivering the b*tch slaps in person.  LeAnn’s frail and malnourished body could literally fly over things with one blow. Just like a Tyler Perry movie. I’d tune in to see that.