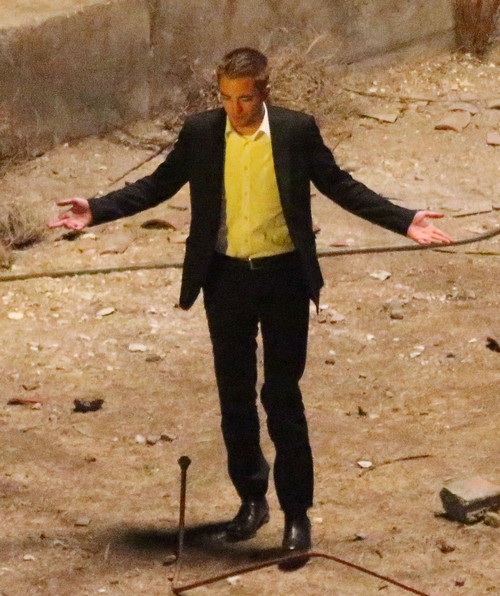 When Charlie Hunnam and Dakota Johnson were announced as the leads for Fifty Shades of Grey, the internet reaction seemed to be pretty evenly split. Although Dakota’s casting mostly garnered a giant ‘who?’, Charlie’s casting reassured some fans and angered others. However, Bret Easton Ellis – who also happens to be close to Fifty Shades of Grey author E.L. James – claims that her first choice for the role was Robert Pattinson.

Not a lot of people know that Fifty Shades of Grey initially began as Twilight fan fiction titled ‘Masters of the Universe’, so it would make sense that James’ first choice for the role was the person she pictured in her head while writing it.

Of course, there have been a LOT of names bandied about for the role of Christian Grey since the film was first announced, and to say it was one of the most eagerly anticipated announcements this year would be putting it mildly.

Regardless of whether E. L. James wanted it or not, there was absolutely no way Rob would have done Fifty Shades of Grey – even if it wasn’t another franchise. But what do you guys think of Charlie Hunnam and Dakota Johnson? Let us know in the comments.