Chris Hemsworth Opens Up About Feeling Insecure In Hollywood 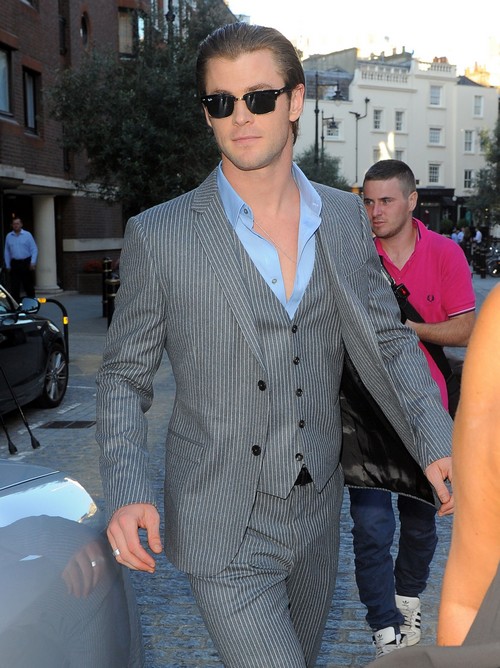 Chris Hemsworth is already on everybody’s list to take over the mantle of Hollywood’s Next Big Leading Man. However, Chris reveals [while promoting Ron Howard’s Rush] that he’s still insecure about his own place in the industry.

He explains, “That sort of insecurity still flares up, the idea that it could all end tomorrow. I’m more aware than ever of the frailty of it all. There’s a million and one examples of guys who were the guy or the girl and then overnight you never hear from them again.”

He also opens up about the process of moving to Hollywood, explaining, “I got a film fairly quickly and felt like I was on a roll. I would walk into auditions sounding like Crocodile Dundee, thinking, ‘This is going to be a novelty for them.’ Then I realised that there are a million other Australians here and I should just shut up. Everything stopped for nine months. I was about to go back home. I was sick of being told ‘no’. My pride was like [he makes a noise like a deflating balloon].”

Regardless, it definitely turned around for Chris once he landed Thor. Since then, he’s been balancing films like Thor and The Avengers with smaller budget films like Rush and Cabin in the Woods. Let’s hope he doesn’t give in to the insecurity and continues giving in excellent performances.