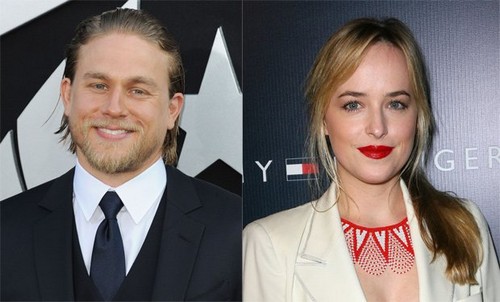 There has been a LOT of backlash over Charlie Hunnam and Dakota Johnson being cast in Fifty Shades of Grey, to which I ask the fans: really?! I know they really, really wanted either Henry Cavill or Matt Bomer for Christian Grey and Alexis Bledel or Emilia Clarke for Anastasia Steele, and I hate to be the bringer of bad news, but there was NO way that the film would have landed those guys. First of all, they’re too busy. Second of all, they should be happy that Charlie and Dakota even wanted to do the film, instead of some unknown D-listers.

The producers of Fifty Shades of Grey are already stepping up to defend their decision, and Oscar winning Dana Brunetti explains, “There is a lot that goes into casting that isn’t just looks. Talent, availability, their desire to do it, chemistry with other actor, etc. So if your favorite wasn’t cast, then it is most likely due to something on that list. Keep that in mind while hating and keep perspective.”

Casting is like moving a million different pieces into a puzzle, and it’s not an easy process. It’s time fans understand that.