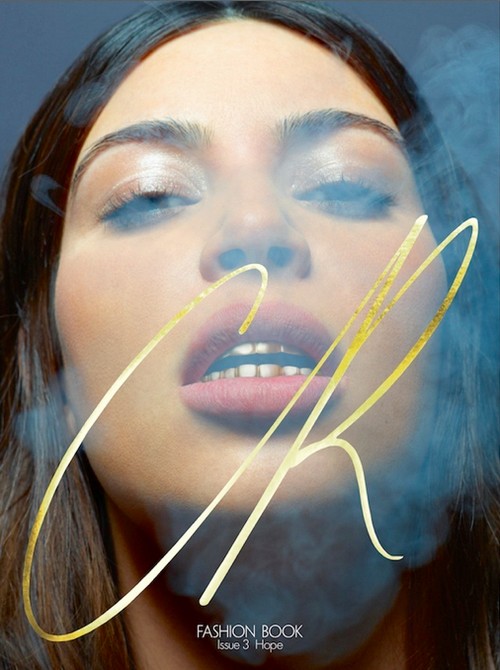 Don’t get me started on the Golden Grills everyone is trying to rock. Kim Kardashian’s photo shoot from back in May were recently released. They’re called “intense” by Gossip Cop and plain old wannabe by me.  Because that’s what the grills represent. Back in the day the Gold teeth thing was popular until it slowly became a joke. If you saw a real life person with that out on the street, you would have to stifle your laughter.  So watching the reality queen try to pull and I do mean try is absolutely ridiculous.

I swear she got with a couple of black guys and now she wants to be “gangsta”. Those were the people that could pull the look off. At the time these photos were done she was simply a pregnant woman. Which brings us to this. There’s smoke in the photo. Was that added on or was there a smoke machine next to a pregnant lady? Please tell me it wasn’t there.

God what to do with Kim Kardashian? Even Kanye is stumped that’s why he’s rarely with her. Then again this whole shoot may have been his idea. If you think about it why would Karl Lagerfeld waste his time taking photos of Kim? This had to be another one of Kanye’s schemes to get wifey looking couture.

Is anyone surprised it failed?