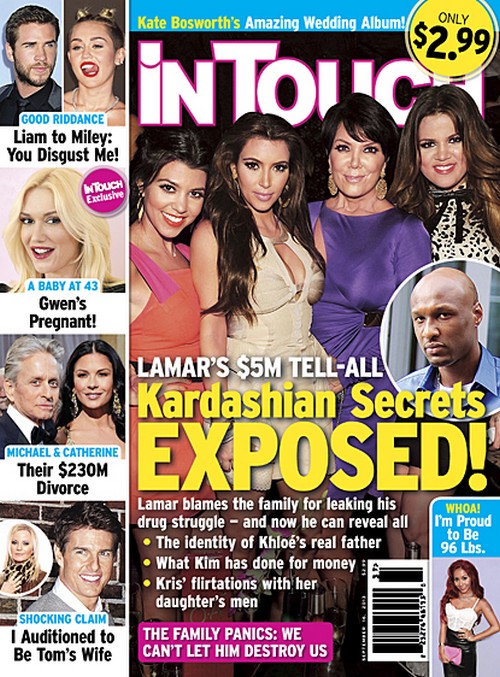 The current issue of In Touch magazine features the cover story, “Lamar Odom’s $5M Tell-All.” WOWSER the magazine is claiming that Khloe Kardashian‘s estranged husband Lamar Odom is really to write a tell-all and expose all the Kardashians dirty little secrets.

It seems Lamar knows a lot including: the identity of Khloe’s real father, what Kim has done for money and how Kris flirts with everyone of her daughter’s men.

Yikes, Kris must be in a near panic at this point trying to figure out how to shut Lamar up.  Can you imagine the money book editors would pay him for a juicy tell-all.  I would read it and I bet a lot of people would.  He could probably name his price.