Jack Nicholson Retired From Acting Because Of Hearing Problems 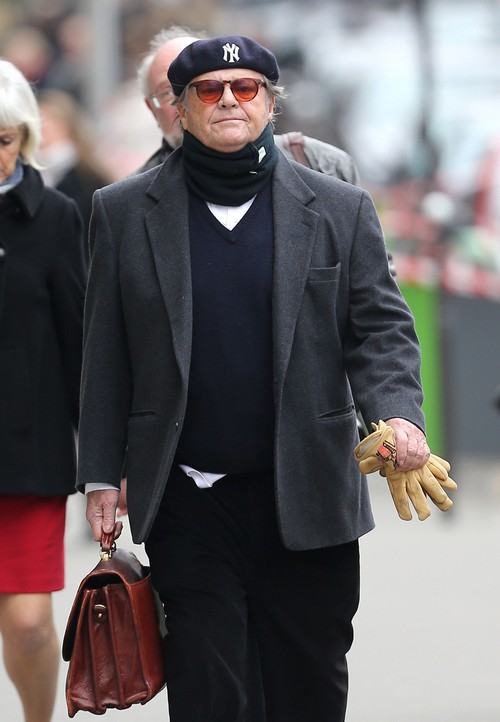 Damn, sometimes I forget that Jack Nicholson is old. I mean, he obviously looks old and it’s not something you can forget when you watch him in movies, but he’s so vivacious and full of life [and creepiness] that the fact of him aging sometimes doesn’t compute. I mean, this is the guy that hit on Jennifer Lawrence at the Oscars! She’s 22 and he’s 76! If anyone else his age tried that, they’d be locked up in a strait jacket.

Anyway, a source reportedly tells Radar that Jack has ‘without fan fare’ decided to retire from acting. The source adds, “There is a simple reason behind his decision — it’s memory loss. Quite frankly, at 76, Jack has memory issues and can no longer remember the lines being asked of him. His memory isn’t what it used to be.”

, memory loss does afflict a lot of actors as they grow older, although there are people his age [such as Ian McKellen and Patrick Stewart] who continue to work as hard as ever. Now, memory problems doesn’t necessarily mean health problems. Actors are required to remember a strenuous amount of dialogue on the regular, and that’s not something a normal person needs in their day to day life. So Jack’s probably fine in regards to his overall health, but it’s just not conducive for him to continue acting.