Kristen Stewart Trying To Hook Up With Zac Efron? 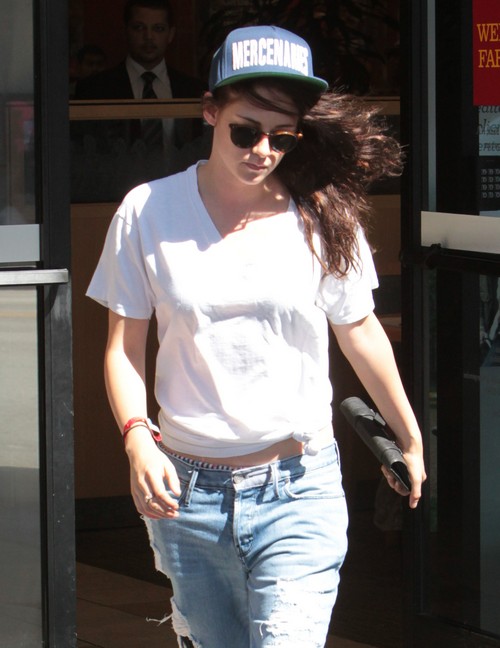 Is Kristen Stewart trying to hook up with Zac Efron? According to a new report from Star Magazine, Kristen has set her ‘sights’ on Zac Efron after her split with Robert Pattinson and a rumored fling with Camp X-Ray co-star Lane Garrison.

A ‘source’ tells Star, “Kristen’s relationship with Rob was so tense. She’s ready to have a good time, and wants to date a completely different type of guy.”

Sources add, “Insiders say Zac is excited at the prospect of hooking up with Kristen, [but don’t] expect the two to be Hollywood’s next It Couple. Zac is a bit of a playboy, so he wants to keep his partying lifestyle intact. He’s not looking for anything emotional, and Kristen doesn’t want anything serious.”

Well, I have no idea how that relationship would work. Kristen is as different as it gets from Zac’s last long-term girlfriend, Vanessa Hudgens. Also, I have a feeling that Kristen’s refusing to give up on Rob, and that until he’s moved on, I doubt she will.

What do you guys think? Is there any chance Kristen and Zac will end up hooking up or dating? Let us know your thoughts in the comments.