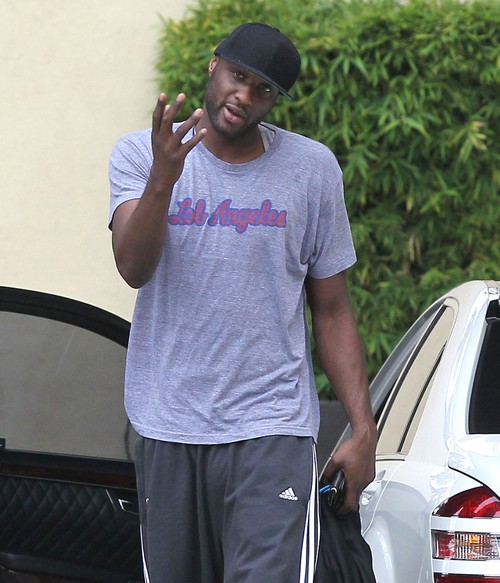 Wow, it finally happened. I really didn’t think Lamar Odom would give into the pressure to seek treatment for his drug and alcohol problem, but I guess he didn’t really have much of a choice after his DUI.

Either way, a source close to Lamar claims that he finally realized ‘he needed help’, and decided to enroll at a drug and alcohol rehabilitation center. I’m sure Khloe Kardashian is thrilled and over the moon, but I’m sure Lamar must be feeling awful. He’s had to go through a lot over the past few months, and his family, relationship, and career were all at risk.

Lamar has had a previous history with drugs, and the last time he violated the NBA no-drug policy was way back in 2001. Since then, he’s reportedly been very clean – until recently, of course. His father has struggled with heroin, but Lamar’s drug problems seemed to be more centered around crack cocaine, which falls under the same category of danger drugs.

What do you guys think about Lamar’s decision to seek treatment? And what do you think finally convinced him to go to rehab? Did someone get through to him, or was it the DUI? Let us know your thoughts in the comments.