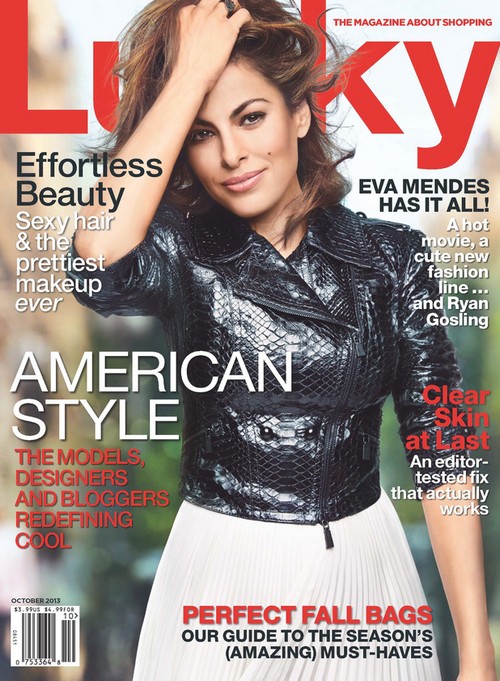 Eva Mendes covers the latest issue of Lucky Magazine, but she refused to discuss her boyfriend Ryan Gosling. She simply stated, “You can ask about my boyfriend. I just won’t answer.”

Oooookay. Considering she’s promoting Place Beyond the Pines and she co-starred with Gosling in the film, I think the questions are fair game.

Anyway, she opened up about losing weight for Pines, explaining, “Weight is not my issue. I’ll do anything for a role. For A Place Beyond the Pines, I exercised a lot. I wanted my character to feel really depleted. But my mom didn’t understand why I would want to look that way. She’s constantly telling me I’m too skinny!”

She also adds that she’s used to looking hungry, explaining, “You do six auditions a day, you’re changing in your car, you’re living off the coins in your change drawer and having Taco Bell for breakfast, lunch and dinner.”

Well, she’s certainly come a long way from Taco Bell dinners. But even then, it does get grating when actresses/actors are famous for their relationships refuse to discuss said relationships. Don’t you agree?