Lamar Odom Has LEFT Rehab After Lasting Almost One Day 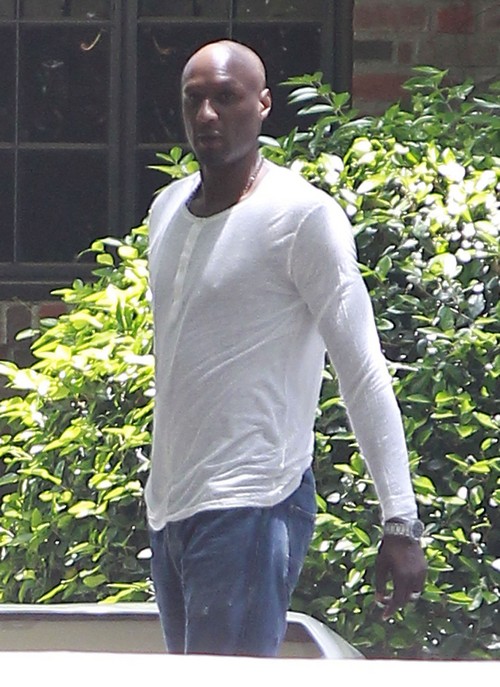 Lamar Odom has LEFT Rehab After Lasting Almost One Day!

You know what they say if an addict does not want to get help no one is going to force them and that seems to be the case with Lamar Odom.  Lamar headed to rehab this week after an ultimatum from his wife Khloe Kardashian.  Khloe told Lamar in no uncertain terms that he better haul his butt to rehab and get help STAT!  So Lamar complied gave into the pressure and checked himself into a rehab facility.  Well that last almost one whole day.  I guess in the celebrity world almost one day means cured, NOT!

Lamar has had a previous history with drugs, and the last time he violated the NBA no-drug policy was way back in 2001. Since then, he’s reportedly been very clean – until recently, of course. His father has struggled with heroin, but Lamar’s drug problems seemed to be more centered around crack cocaine, which falls under the same category of danger drugs.

E! New has the exclusive on the story of Lamar breaking out of rehab: “E! News can confirm that Khloé Kardashian Odom‘s husband is no longer at a treatment facility, barely a day after he opted to check in following his arrest for alleged driving under the influence.”

Sad news, we really hope Lamar can find the strength to get the treatment he needs.  What do you think Hiccupers, is this the end of Khloe and Lamar?