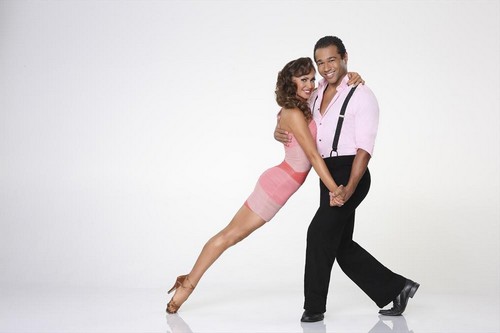 The glitz and the glamour is almost ready to head back to the ballroom for another season of DANCING WITH THE STARS.  ABC released the names of the cast for season 17 of the ever popular dance show.  One of the members this season is High School Musical alum Corbin Bleu.  Corbin will be paired with professional dancer Karina Smirnoff.

If you don’t know who Corbin is we have a bio below so you can familiarize yourself with him and his official professional photos from this season.

Corbin Bleu is best known for his role as Chad in the Emmy Award-winning Disney Channel Movie “High School Musical,” its sequel, “High School Musical 2,” and the feature film “High School Musical 3: Senior Year.” He also starred in the hit Disney Channel Movie “Jump In,” and will be seen this fall starring alongside Stephen Lang in the highly anticipated thriller “The Monkey’s Paw.” Bleu had his producing debut in 2008 for the movie “Free Style,” in which he also starred. In 2012 he was seen in “Scary or Die.” Other television credits include “The Good Wife,” “Flight 29 Down,” “Hannah Montana,” “ER,” “The Amanda Show,” “Cover Me,” “Malcolm & Eddie,” “Franklin and Bash,” “Blue Bloods” and “Psych.” He can currently be seen playing the role of Jeffrey King on “One Life to Live.” Bleu starred on Broadway as Jesus in “Godspell” and as Usnavi in “In the Heights.” He also starred in the theater sensation “Hairspray” at the Hollywood Bowl. In 2007 his debut solo album, “Another Side,” featured the hit single “Push it to the Limit,” and in 2009 he released his second studio album, “Speed of Light.” Bleu’s first leading film role was in “Catch That Kid.” Other film credits include “Soldier,” Galaxy Quest,” “Mystery Men” and “Family Tree.” Born in Brooklyn, New York, Bleu currently resides in Los Angeles and New York City.

What do you think of Corbin’s casting?  Do you think he has what it takes to win the mirror ball trophy?  Hit the comments and let us know what you think!

Dancing With The Stars (DWTS) News: Cody Rigsby Diagnosed With COVID-19 Days After…