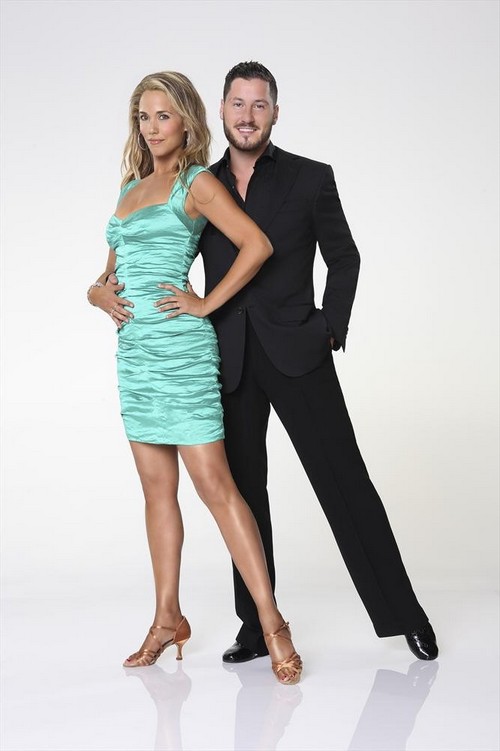 The glitz and the glamour is almost ready to head back to the ballroom for another season of DANCING WITH THE STARS.  ABC released the names of the cast for season 17 of the ever popular dance show.  One of the members this season is Saved By the Bell‘s Elizabeth Berkley Lauren.  Elizabeth will be paired with professional dancer Val Chmerkovskiy.

If you don’t know who Elizabeth is we have a bio below so you can familiarize yourself with her.  Also check our her first official professional photos from this season with Val.

Elizabeth Berkley Lauren has appeared in a host of successful film, television and stage roles. Her acting career began at age 15 as Jessie in the hit sitcom “Saved by the Bell.” She played Julia Winston on “CSI: MIAMI” and appeared in the final season of Showtime’s “The L-Word.” Her television success led to film roles in “First Wives Club,” “Roger Dodger,” Oliver Stone’s “Any Given Sunday,” Woody Allen’s “Curse of the Jade Scorpion” and the cult hit “Showgirls.” On the London stage Berkley Lauren appeared in “Lenny” opposite Eddie Izzard. On Broadway she starred with Richard Dreyfuss in the comedy “Sly Fox” and earned rave reviews for “Hurlyburly” with Ethan Hawke. For the past several years, due to the syndication of “Saved by the Bell,” Berkley Lauren has been making life-changing connections with a whole new generation of teen girls with her not-for-profit organization, “Ask Elizabeth.” She facilitates self-esteem workshops and volunteers in both schools and youth organizations, and her website, ask-elizabeth.com, provides constant resources and assistance to girls. This nationwide movement has affected the lives of over 100,000 girls and counting. Berkley Lauren was a featured contributor for Oprah.com, bridging the communication gap between mothers and daughters. She is the author of The New York Times bestselling book Ask Elizabeth. She and her artist/fashion designer husband, Greg Lauren, are the proud new parents to a one-year-old son, Sky Cole Lauren.

What do you think of Elizabeth’s casting?  Do you think he has what it takes to win the mirror ball trophy?  Hit the comments and let us know what you think!