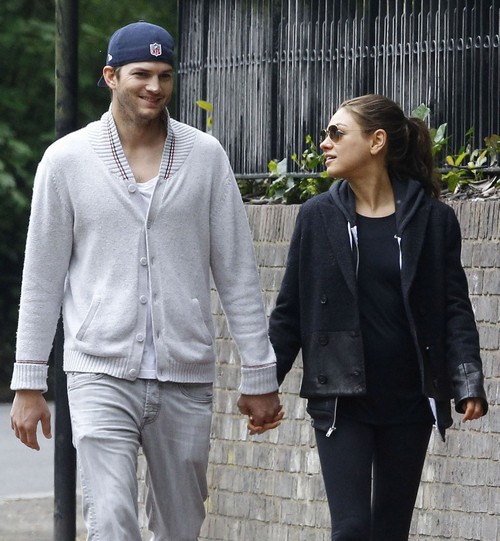 Reports of Mila Kunis and Ashton Kutcher getting engaged went viral yesterday, and everyone from People to E! Online commented on it.

According to People, Ashton is ‘definitely’ ready to propose to Mila, but is just waiting until his divorce to Demi Moore is final. Keep in mind, this is People Magazine – if this was posted, that means someone close to Mila and Ashton talked.

E! also speculated that Mila was wearing a ring on her ring finger, and they stated, “While it doesn’t look like your typical giant diamond engagement bling, the ring will probably have people chatting about whether Kunis and Kutcher are taking the next step in their relationship.”

In the end, the most likely possibility is that Ashton has either already proposed to Mila or is getting ready to propose to Mila – but don’t expect them to make it public until Ashton’s divorce with Demi is sorted out.

What do you guys think of Mila Kunis and Ashton Kutcher getting engaged? Do you think they make a cute couple, or should they take some more time before committing to each other? I mean, this is Hollywood… an engagement or marriage doesn’t mean lifetime commitment.