Dexter’s Ending Revealed – We Have the Deadly Details for You HERE! 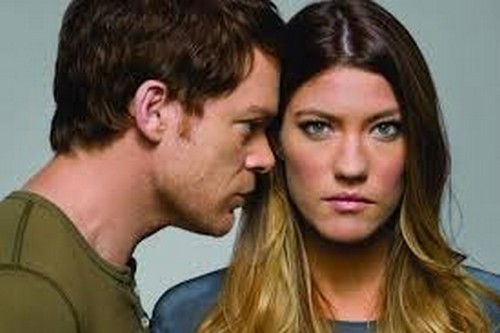 Our favorite show Dexter is coming to an end this season and everyone has been wondering what will happen in the finale.  There has been plenty of speculation about the finale but no facts, that is until now. The National Enquirer has managed to get their hands on a deadly spoiler for us and believe me it is a doozy!  If you don’t want to know how it goes down for our favorite serial killer stop reading NOW!

Since Season eight of the popular Showtime series started, week after week we have seen Debra conflicted by knowing that her beloved brother Dexter is a serial killer.  Debra has been slowly becoming more and more  unhinged week after week and this is going to continue until she becomes a serious liability to Dexter.

According to NE it is survival and Dexter has to decide between a life with Hannah and “Debra knows to much (about his killings) and she’s become more unravelled than ever,” noted the insider

In the end Dexter chooses to kill Debra, WOWSER!  It will be interesting to see how Dexter justifies this, Debra does not meet, “the code!”

One thing for certain fans don’t want to see Dexter or Debra die so if NE is correct this is an episode that will keep fans talking for a long time.

What do you think Hiccupers, will Dexter kill Debra?  Hit the comments and let us know your thoughts!