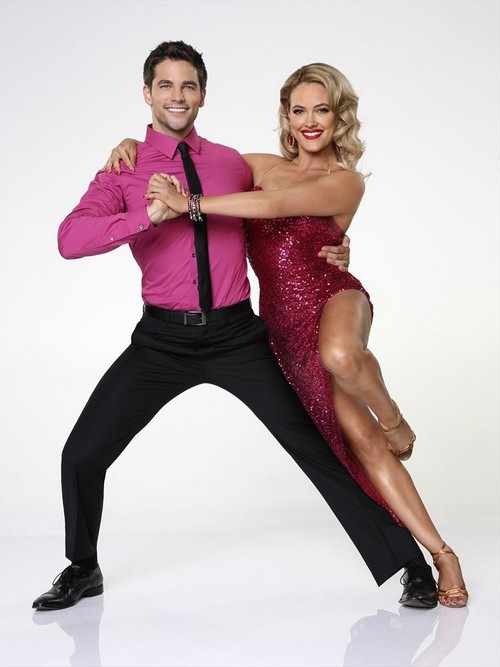 The glitz and the glamour is almost ready to head back to the ballroom for another season of DANCING WITH THE STARS.  ABC released the names of the cast for season 17 of the ever popular dance show.  One of the members of this season’s cast of DWTS  is Pretty Little Liars star Brant Daugherty.  Brant will be paired with professional dancer Peta Murgatroyd.

If you don’t know who Elizabeth is we have a bio below so you can familiarize yourself with her.  Also check our her first official professional photos from this season with Peta Murgatroyd.

Brant Daugherty is best known for his role as Noel on ABC Family’s “Pretty Little Liars,” and can currently be seen as Lt. Patrick Clarke on Lifetime’s “Army Wives.” He was also on the daytime serial “Days of Our Lives.” Daugherty has a lead role in Hallmark Channel’s upcoming TV movie, “The Michaels.” In November he will make his film debut in the comedy spoof, “The Starving Games,” from filmmaking team Jason Friedberg and Aaron Seltzer. Hailing from Cincinnati, Ohio, Daugherty went to Columbia College Chicago and earned a bachelor’s degree in film and video production.

What do you think of Brant’s casting?  Do you think he has what it takes to win the mirror ball trophy?  Hit the comments and let us know what you think!