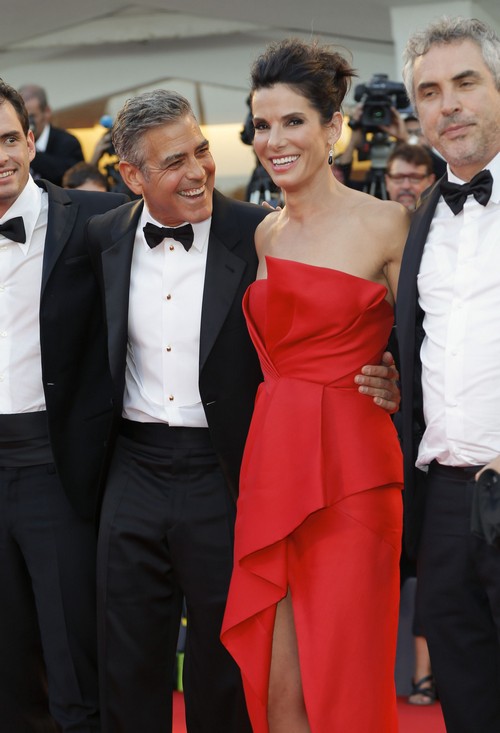 Although Sandra Bullock has become one of the frontrunners for a Best Actress Oscar nomination this year due to her daring turn in Alfonso Cuaron’s Gravity, the actress reveals in a new interview that she hesitated when taking the role.

She explains that when Alfonso was casting the film, she was just recovering from her divorce with Jesse James and had just adopted her baby. She says, “All I had the energy for was being little bun-bun’s mom. I didn’t want to work. But it’s hard to say no to Alfonso Cuarón. And ‘Gravity’ truly felt like a once-in-a-lifetime experience.”According to sources, Angelina Jolie was the first choice for the role, but she turned it down – which is when Cuaron pursued Bullock ardently. It looks like it’s paid off, because critics are saying Bullock is a sure-fire lock for an Oscar nomination, if not a win. They are also saying that it’s the best performance of Bullock’s career, which has spanned twenty years and included countless thrillers, comedies, dramas, and romantic comedies.

Do you guys have any interest in watching Gravity? The film premiered at the Venice Film Festival last week and is expected to dominate awards season [especially in the technical categories] come fall.