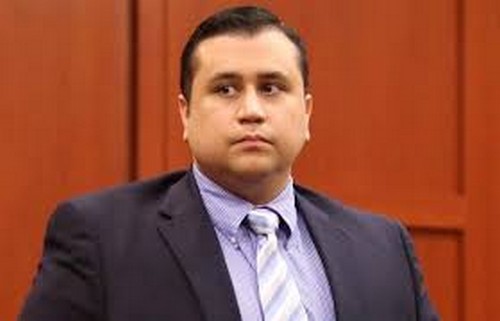 I know I shouldn’t take any sort of enjoyment for someone going to jail but I do when I hear it’s George Zimmerman. Thank God I believe you do answer prayers.

George was taken in for what allegedly looks like a domestic battery case. You remember his wife Shellie, right? Well in the very same area where her mother lives; George was arrested “after “an incident involving a gun with another person.”” Gawker then goes on to remind its readers that Shellie had only recently filed for divorce.So I’m not a detective, but is sounds like George did what he usually does in a crisis. Aggressively harassed and followed someone only to surprise, surprise, be the one holding the gun. Why do I think it was his gun despite [people aren’t usually that dumb to be caught in a similar crime] his past history is because this is Florida. If it had been her gun during the altercation they would have pulled her aside at the very least, arrested her at the worst. After all, another domestic case with a woman defending herself against her husband, resulted in 20+ years in jail.

You know I’m not shocked. I watched her interview where she admitted on live TV she was verbally abused by her husband, George. Her leaving him probably did not sit well with him. I may be prejudging but can anyone truly say I’m wrong?

For more details on what went down with [CLICK HERE]