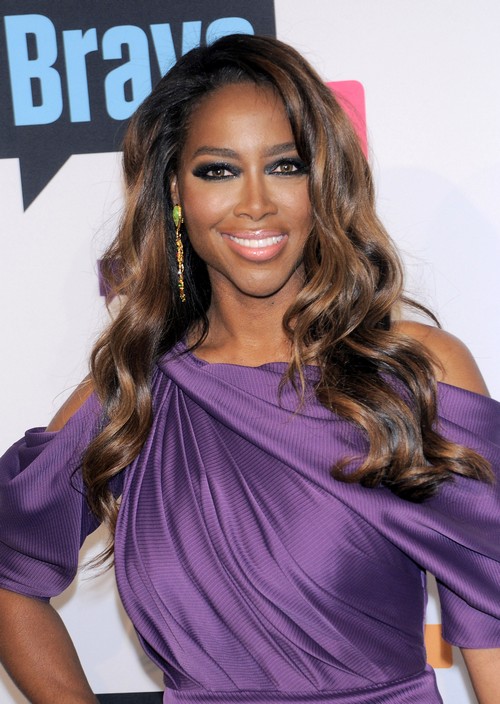 Whenever there is drama down in Atlanta nowadays you can always find Real Housewives of Atlanta star Kenya Moore right in the center of it.  Apparently now she’s reportedly stealing yet another idea from one of her castmates. This time it’s Porsha Stewart.

“Kenya Moore Hair coming soon,” Moore replied when asked what she was working on. And the timing is odd considering Porsha Stewart has just revealed her hair-product line.

Luckily for her not only does Kenya not have to deal with another angry husband but this time she didn’t even completely steal Porsha’s idea. Porsha is focusing on hair extensions while Kenya is distributing hair products with herself as the most likely spokeswomen of course. So whew side-stepped that one. But does it really matter at this point.

Earlier last week Kenya’s assistant got into a fight with Apollo over her “stealing” his wife’s idea. You would think that maybe she wouldn’t have announced her new hair line so close to when Porsha announced her’s. It looks like competing and that’s why a lot of people just don’t like her. Kenya has way too many ulterior motives to be calling herself a lady.

It hurts, but maybe she’ll grow up eventually.