Vanessa Hudgens Wants An Oscar: Delusional Or Being Realistic? 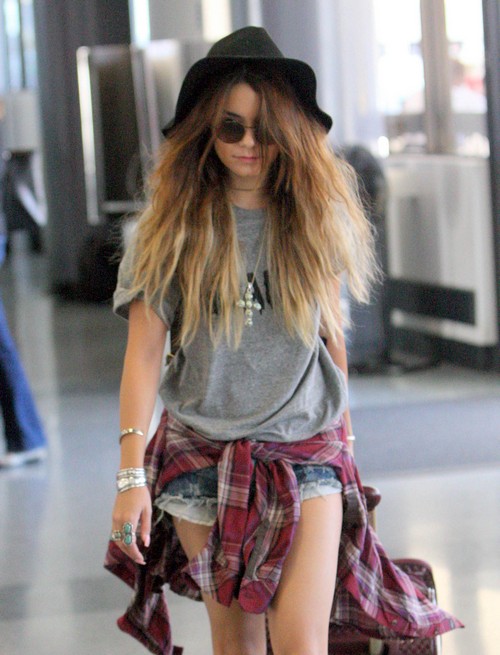 I love it when actors who can’t act admit that they want an Oscar. Do you think they know that they’re being unrealistic and don’t care, or they’re genuinely unaware of the limit of their skills and talent?

I don’t want to be too harsh on Vanessa Hudgens, because she is a decent actress when she wants to be and one of the best things to come out of that High School Musical franchise from Disney. However, I wouldn’t exactly call any of her films or acting ability Oscar-worthy.

Hudgens revealed that she wants an Oscar in the future during an interview in Marie Claire Magazine, along with a vintage mustang and kids. I’m sure she can buy a Vintage mustang if she wants, and having kids is something in her decision-making capability. But an Oscar? Even actors who are tremendous and loved within the industry don’t necessarily have an Oscar. If Vanessa Hudgens gets an Oscar before Gary Oldman? Shudder. It will never happen.

I suppose miracles can always happen, though. What do you guys think? Will Vanessa Hudgens ever earn an Oscar nomination? Or will she continue to act in B-grade films? Let us know your thoughts in the comments.

Vanessa Hudgens Is The New Face Of Bongo (PHOTOS)